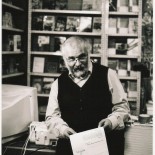 2012 Nobel Peace Prize Nominee publisher Ragıp Zarakolu spent close to 6 months in a F-type high security prison between 1 Nov. 2011 and 10 April 2012. The prosecutor has demanded between 7.5 and 15 years in prison for Ragıp. This IPA Freedom to Publish Committee blog aims at shedding light on his case and urges the Turkish authorities to drop all charges against him.

Who is Ragıp Zarakolu? 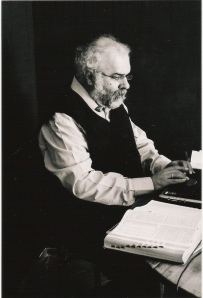 Ragıp Zarakolu is a Turkish publisher born in 1948. He was thrown in jail on 1 November 2011. Close to 5 months later, on 19 March 2012, Istanbul Public Prosecutor Adnan Çimen issued an indictment charging Ragıp Zarakolu with ‘aiding and abetting an illegal organization’. The prosecutor has demanded between 7.5 and 15 years in prison for Ragıp Zarakolu. He was released from prison, pending trial, on 10 April 2012 following a close to 6-months long detention. The first court hearing  date -2 July 2012- was also made public on 10 April. In parallel, 7 Members of the Swedish Parliament from various political parties nominated Ragıp Zarakolu to the Nobel Peace Prize 2012.

Since starting his publishing house Belge with his wife Ayşe Nur in 1977, Ragıp Zarakolu has been subjected to harassment from the Turkish authorities. Yet he has consistently refused to abandon his campaign for freedom of thought, striving “for an attitude of respect for different thoughts and cultures to become widespread in Turkey”.

Over the years, the charges brought by the Turkish authorities against Ragıp Zarakolu and his wife resulted in attacks, imprisonment, confiscation and destruction of books, and the imposition of heavy fines, endangering the survival of the Belge publishing house. Throughout his publishing career, Ragıp Zarakolu has been singled out by the authorities because of his decades of struggle for freedom of expression, and particularly his promotion of minority rights and his quest for truth, justice and reconciliation. Ragıp Zarakolu’s work as a publisher and his wholehearted support of freedom to publish have often brought him into conflict with the authorities and endangered his personal safety. Despite the string of attacks, he has persistently continued to tackle contentious issues, thus encouraging healthy debate and democratization in Turkey.

Ragıp Zarakolu is a founding member of the Turkish Human Rights Association (IHD). He is also the chairperson of the Freedom to Publish Committee of the Turkish Publishers Association (TPA/TYB). As such, he has been documenting and making public the numerous freedom to publish violations in Turkey and has been at the forefront of defending other publishers’ freedom to publish and other writers’ freedom to write, including those small Kurdish publishers and writers few people have shown interest in. His latest report is available here.

Ragıp Zarakolu, as recently as March 2011, was condemned by an Istanbul court to paying a TL 16,660 (€ 8,330) fine for publishing N. Mehmet Güler’s KCK File / Global State and Kurds without State. N. Mehmet Güler was also condemned to a suspended 15-month prison sentence. Both Zarakolu and Güler were accused under article 7/2 of the Anti-Terror Law of “spreading propaganda” for an illegal organization, the banned Kurdish Workers Party (PKK). The book, which was banned immediately after its release at the Diyarbakir Book Fair in May 2010, remains banned. N. Mehmet Güler was arrested on 13 February 2012 on terrorism charges.

Why did Ragıp spend close to 6 months in a high security prison and why does he risk spending there another 15 years?

This iconic defender of the freedom to publish and the freedom to write was held on pre-trial detention between 1 November 2011 and 10 April 2012 under Turkish Anti-Terror Legislation (ATL) for belonging to an illegal organisation, Koma Ciwaken Kurdistan-Kurdistan Communities League (KCK). The KCK would be an umbrella organisation including for instance the PKK.

Ragıp Zarakolu was arrested on 28 October 2011 on his way home as part of a larger crackdown initiated in 2009 and still on-going against Kurdish political parties.

In his first letter sent from prison through his lawyer Özcan Kiliç, Ragıp Zarakolu said: “My arrest and the accusation of membership to an illegal organization are parts of a campaign that aims to intimidate all intellectuals and democrats of Turkey and, particularly, to deprive the Kurds of support.”

Ragıp Zarakolu said that during the raid to his house the police confiscated only few books as “evidence of crime” and found nothing about his so-called relations with any organization.

Ragıp Zarakolu concluded his letter with the following appeal: “During my interrogation, they did not ask any question about the organization to which I was accused of being a member. They questioned me only about the books I wrote or edited for publication, and the public meetings I attended or  spoke at. I think that everybody should jointly react against these arrests that have turned into a mass lynching campaign. These illegal practices should be stopped.”

According to the Human Rights Association of Turkey (IHD, 1 November 2011 Press Release), Ragıp Zarakolu “became a target of the authorities after he had been awarded by the founders of the Armenian Human Rights Association with the Hakop Meghapart Medal of Honour Lifetime Achievement Award in 2010. He was awarded for his contribution to the publication of the Armenian history, culture and literature in Turkey”. 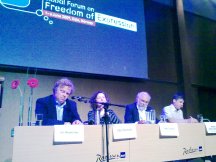 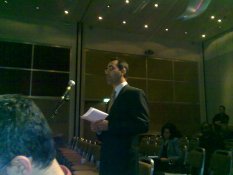 In June 2009, at the Global Forum on Freedom of Expression (GFFE), held in Oslo, Norway, Ragıp Zarakolu replaced at the last minute historian Taner Akçam in a panel on Law and the Politics of Denial (panel picture, see left). After his speech, which tackled among others, the Armenian genocide, the Turkish Consul to Norway (who was the only government representative to attend the sessions of this global NGO forum on freedom of expression; see picture to the right) requested to speak. He was given a microphone and strongly denounced what Ragıp had said as mere lies. An Iranian participant to the GFFE confessed that such behaviour, on the Turkish government’s part, made her feel unsafe.